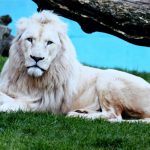 For his 65th birthday, Harry Johanson boarded a flight to Toronto. But that was far from his final destination. After stops in Chile and Argentina, he found himself on a Russian research ship, heading further southward. Fourteen days later, he set foot on Antarctica. He explains that he was lucky to land safely because the route the ship took was one of the most dangerous routes any ship could take on planet Earth.

“We took the Drake Passage through to Antarctica and had to race a storm that was coming up behind us,” Johanson says. “The next year, that same ship got trapped in the Antarctic ice and needed to be rescued by a Chinese cargo ship.” Johanson is a self-taught photographer who first took up the hobby in the 1990s while working as a long-haul truck driver. He remembers being hired by the Canadian Fish and Wildlife service to travel into what is now Nunavut and met a wildlife photographer while he was up there. He was immediately fascinated by the craft and decided to take it up for himself. What transpired over the years is a passion for travel and capturing images of wildlife that has seen Johanson explore all seven continents. His trip to Antarctica saw him snap shots of penguins, seals, and many different species of birds.

“I don’t edit any of my photographs,” Johanson boasts, proudly displaying photographs of Red Pandas in China and sea turtles off the coast of Kauai, Hawaii. “I want to show my authentic photographs.” His most recent trip was down to Yuma, Arizona, where he spotted humming birds. He set his camera to take shots at 1/4000th of a second and caught the bird in flight, making it appear as if floating in mid-air with its wings completely still. This is far from his most impressive photographs. His trips out to Kenya put him in close proximity with lions and water buffalo. On a trip to Tanzania, he visited Olduvai Gorge where the world’s oldest human fossils were discovered. And his trip to the Galapagos Islands gave him first-hand experience as to what Charles Darwin saw as he wrote On the Origin of Species. The photograph Johanson is most proud of, though, is one he captured while in India.

“I spotted a Jackal and I followed him along, snapping photos,” Johanson reminisces. “From a tall grass, a Bengal Tiger popped up its head. I followed it to a creek and captured some photos of it walking across the rock bed.” Snapping photos of rare animals is Johanson’s biggest passion. With little more than only 2,500 Bengal Tigers left in the world, being able to see one in real life in the wild is a highlight to Johanson’s photography tenure. His adventures have also seen him snap photos of White Lions (though it was in a zoo in Germany), Kiwi birds, and a road runner (where he got close enough that the road runner’s head feathers stood on edge as a warning to Johanson not to get any closer). He tries to keep a safe distance from the wildlife he shoots but has suffered his fair share of injuries from his subjects. Once while shooting a goshawk, the bird it struck him in the face, leaving a severe cut near his eye. Johanson has also suffered injury from a great horned owl and a snowy owl. Despite all he’s seen and experienced, Johanson’s drive to continue is far from waning down. He explains that he has yet to see Canada’s Maritime Provinces and wants to return to the Arctic Circle to capture photos of muskox and caribou. Knowing there is always something new to see and something new to learn, Johanson will continue travelling as far and wide as he can, taking in as much of this world as he possible can.

“Travel is the best learning tool a person can have,” says Johanson. “Everywhere I go, I meet the people and I learn so much about them. The biggest thing I’ve learned is that, as people, we are really all the same. We may have different cultures and customs, but we are all human beings who all come from the same place. There’s really no end to what you can learn.”